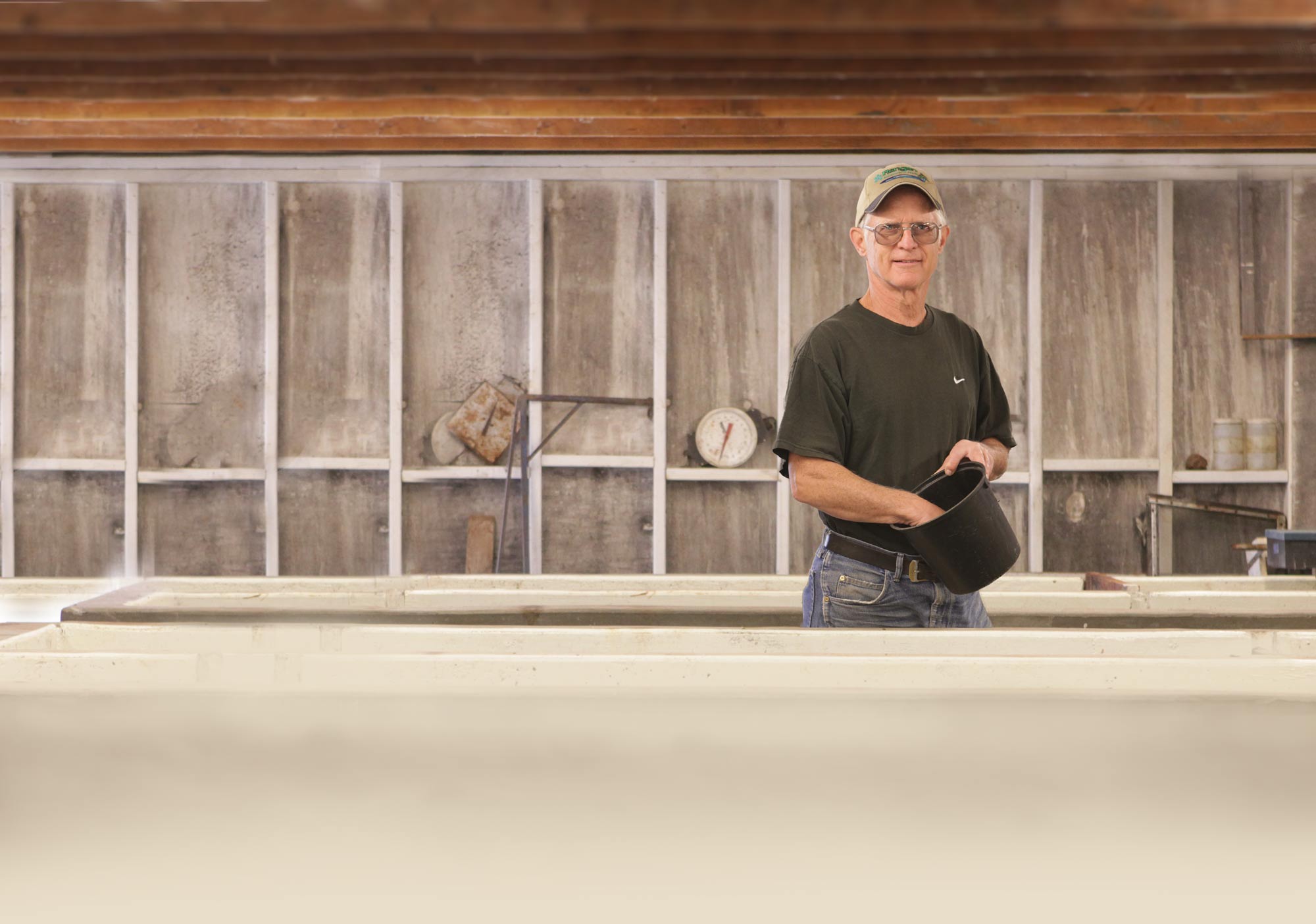 Mt. Lassen Trout & Steelhead Farm made its name stocking trout for recreational fishing into hundreds of lakes and ponds all over California, but in 2020, it had the opportunity to parlay its expertise into the conservation of the endangered winter-run Chinook salmon.

The species, Oncorhynchus tshawytscha, was displaced from its spawning habitat by hydroelectric development on Battle Creek in the early 1900s. The dams have since been removed so efforts are underway to get the population restored under the Jumpstart Project by the U.S. Fish and Wildlife Service (UFWS).

The partnership between a federal agency and a privately owned hatchery in restoring an endangered species is the first such partnership Harris has heard of in California. (Even the ponds and lakes for recreational fishing are operated by private concessionaires, not the state, which an arrangement unique to California.)

Phil Mackey, who co-owns the farm with his daughter Katie, says he is honoured and privileged to be a part of the restoration effort.

“I grew up here in this area chasing these salmon up and down the river as a young boy and a young man. To have the opportunity to raise an endangered species is a very unique experience. We were happy to be a part of it,” he says.

Under a three-year deal, Mt. Lassen Trout receives Chinook salmon eggs from captive broodstock spawned at Livingston Stone National Fish Hatchery. The farm hatches the egg and releases them when they are three- to four inches in length.

Mackey admits there was a bit of a learning curve in raising the species. “We have actually raised coho salmon and Atlantic salmon here but we’ve never raised this wild fish. It was a little bit of a learning curve but we had a lot of support from the national fish hatchery folks that have more experience. But yes it went extremely well. We were happy with the results. With our years of history of raising salmonids it wasn’t that big of a challenge.”

In the early fall of 2020, the farm released the first batch of 40,000 juveniles in the upper reaches of Battle Creek. “They’re on their journey to the ocean right now,” says Harris.